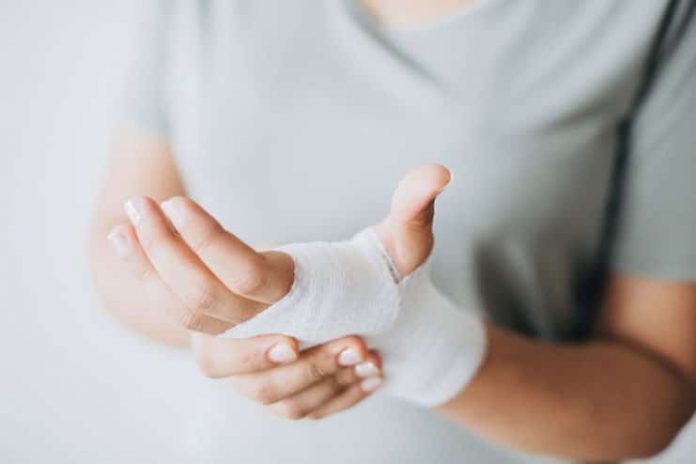 The science of wound healing is not as simple as it might seem or sound like. The process itself is quite extensive and does include a number of factors and co-factors to successful plug the injury and induce successful wound healing. Scientists are working day in and day out to introduce new methods to cope with the process effectively.

A new study (R) conducted by the researchers from the Imperial College London has developed a new bioinspired material that successively interacts with the surrounding tissues of the injury to induce faster wound healing and recovery.

Prior inventions and development of wound healers have paved way for easy recovery from the induced wound but what does stand out is the fact that none of them dealt with the tissue repair. The most common ones including collagen sponge and even the scaffold like treatments which were used predominantly for burns and the repair of bones. None of them dealt with the ever changing processes of tissue repair.

Recently, Dr Ben Almquist and his colleagues at Imperial College London have developed a new molecule known as traction-force activated payloads (TrAPs) which is expected to change the way the traditional materials work with the body. The material is believed to actually interact with the natural repair system of the body to drive wound healing.

Cellular Call to the Action

Following an injury, the white blood cells along with the coagulating factors migrate from the collagen scaffolds to reach to the site of the injury to form the spider web like plug which is what is beneficial for clotting the blood to prevent further blood loss. The hidden healing proteins also come around the spot to further induce wound healing effectively.

The main aim of the researchers was to mimic this natural process and that is how the TrAPs perform. They went on to fold the DNA molecules in a three dimensional structure known as the aptamers which effectively cling on to the proteins. They also went on to attach a handle like structure onto the material that the cells can attach and latch themselves onto. The opposite end of the material was attached to a collagen like scaffold.

Almquist stated that the process of cell movement in the induction of wound healing is often a normal phenomenon in creatures like sea sponges to even the humans. This new development works around the same principle to drive better and faster healing of the wound with the association from different varieties of cells involved in the process.

Owing to the fact that this specific healing process is versatile for a variety of cell types, the same can be used for the wound healing of various types, ranging from fractured bones to even the healing of the scar tissues. New studies and healing materials are being researched for every single day for the patients whose healing process is labored or even non-existent, much like that in the diabetes patients.

TrAPs can readily be developed in multiple laboratories and their production can also be scaled up to industrial needs, if requirement and demand persists. The kind of adaptability they have can also effectively drive the scientists to create new methods of lab studies concerning other diseases, stem cells and even the tissue development.

Dr Almquist have further stated saying that the development of TrAPs is quite a significant and flexible method that can successfully communicate with the wound and then provide with direct instruction to the tissues surrounding to induce easier healing. This specific mode of wound healing is believed to not just increase the body’s chances to recover but also help in proper recovery from a plethora of types of wounds that can cause ghastly impacts on the body if left untreated.

Teens Who Don’t Date Are Less Likely To Be Depressed, New Study Suggests

How to Get Rid of Itchy Breast

Best Stretching Exercise For Your Body

Prajakt - October 31, 2016
0
Stretching exercises helpful in refreshing yourself after a night’s sleep or flushing out that sleepiness at your workplace as well. According to various experts,...

14 Morning Habits For Weight Loss – Adopt These Without Fail

15 Ways For Coping With Short Term Memory Loss – Get...

15 Ways To Overcome Social Anxiety – Fight Your Way Through!