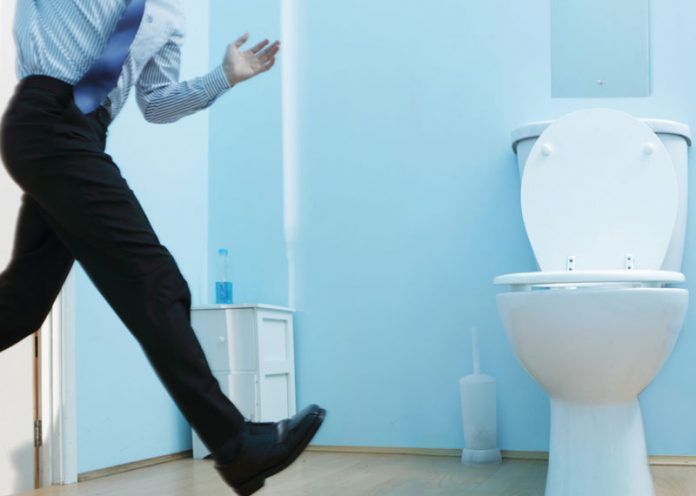 Urinary incontinence is a disease in which bladder loses the control and urine get leaked during sneezing, laughing, heavy lifting, exercise and coughing. It is a common but embarrassing problem. It happens so suddenly that person, not even get a second of time to go the toilet. Do not take this problem so light that it may give you a bigger problem in the future.  Urinary incontinence is a itself  a symptom. It occurs due to some physical changes in the body. In pregnancy, during childbirth this problem faced by the women. Here are symptoms of urinary incontinence which occurs more in women that in men.

Urinary incontinence mostly occurs in women who have given birth to a child. In stress incontinence, stress refers to physical stress.  When your bladder is full and you get a sudden extra pressure. When muscles get pressure through coughing, sneezing, exercise, heavy lifting  and laughing urine leaked involuntarily.

In this type of urinatery incontinence, muscles in the bladder get contract and cause urine urgency which become unable to stop. It occurs during the sudden change in position, for some people sound of running water and  Sex especially during orgasm. It is also known as reflex incontinence. You have an abrupt, forceful urge to urinate followed by an uncontrolled loss of urine. You may need to urinate often, including throughout the night. Urge incontinence may be caused by a small condition, such as infection, and also due to severe condition such as neurologic disorder or diabetes.

You may experience recurrent dribbling of urine due to a full bladder that does not empty completely. This type of urinary incontinence is more common in men who has prostate gland problems, blocked urethra and damaged bladder. The puffed-up prostate gland obstructs the bladder and the person only manage to urinate in small trickles and has to go often. They may feel that his bladder is never completely emptied, even after trying hard. So, overflow incontinence is a failure or inability to empty the bladder, the patient frequently dribbles urine. Some patients continually dribble urine

A physical or mental impairment stops you to reach the toilet in time. For example, if you have severe arthritis problem, you may not reach the toilet quickly and be able to unbutton your pants quickly enough. With functional incontinence the person knows there is a need to urinate, but cannot reach the bathroom in time due to a mobility problem. If a person has a disability, then they may not be able to get their pants down in time. So, this would be an example of functional incontinence.

Common causes of functional incontinence include:

Confusion, Poor eyesight, Dementia, Poor mobility, Poor dexterity that is cannot unbutton pants in time, disability, depression, anxiety, anger or  not willing to go to the toilet. People with functional incontinence may have difficulties in moving, thinking, or communicating, but these difficulties may prevent them from reaching a toilet. Functional incontinence is more common among elderly people, and is ordinary in nursing homes. Functional incontinence may also occur when there is nothing physically and mental problem with the person. If you are on a long trip and on full pressure to urinate, but there are no toilets available nearby.

You experience more than one type of urinary incontinence. If you face any symptoms from the above types then do not hesitate, go and consult to the doctor. It is a very common disease that may effect more in future.

What Happens If You Wash Your Hands Too Much? 3 Possible Side Effects!!

What Happens If You Keep Rubbing Your Eyes? 10 Possible Risks!