HealthSpectra
Home News New Study Has Found The Origins Of The Neural Circuitry Of The... 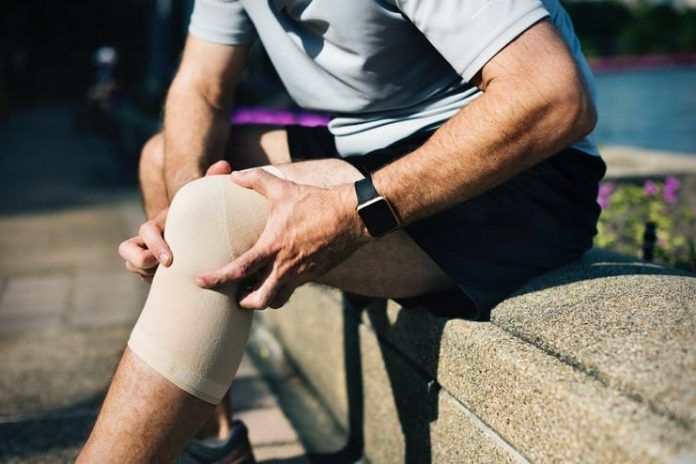 Pain is that inevitable part of our life that we try and avert at all costs. While prior studies have blamed the c-fibres for being responsible for the facilitation of the pain signals up to the brain, new study has pinpointed the effective group of neurons responsible behind the pain induction.

A new study (R) conducted by the researchers from the Harvard Medical School has identified a set of neurons that are deemed responsible for the sustained pain as well as the varying pain coping behaviours. This study is believed to elucidate better approach to the pain therapies and the process involved behind the same.

On common terms, we have witnessed examples of the burning where we snap away our hands away from a hot object almost instantaneously. Withdrawal of the hand and the infliction of the injury are two completely different neural signaling pathways. Even though their molecular origins are different, the same has consistently provoked the minds of the scientists.

In the new conducted study which was published on Nature on December 10, 2018, it helps highlight the neural signaling pathways that are responsible for inflicting the deep sustained pain in an individual. The results from the study have also helped shed some light on the mechanisms behind the reflexive withdrawal and the pain coping mechanisms following an injury.

While prior researches have helped outline the mechanism of inflicted pain and the brain circuitry involved behind the same, the new study helps highlight the involved process that goes on outside the brain.

The senior author of the study Qiufu Ma, professor of neurobiology in the Blavatnik Institute at Harvard Medical School and a researcher at Dana-Farber Cancer Institute clearly highlighted the rising problem that the opiod crisis has paved way through. The lack of proper opiod approaches is what has created an alarming need for the instant development of the varying pain treatments. He further stated saying that according to their study, these treatments will rely more on the mechanism of the sustained pain rather than the reflexive pain.

According to Ma, it is believed that the approaches taken by the researchers in the prior studies could very well be futile and headed in the wrong direction and hence the lack of conclusive results. This new study approaches the present of the two distinct set of peripheral neurons that could very well be the major contributing factor to the pain induction.

One set of these peripheral neurons are located outside the brain and the other one outside of the spinal cord. There is one set of neurons which is only responsible for relaying the signals to and from the superficial layers of the skin. This specific neurons are mainly there to inflict the reflexive withdrawal to prevent pain or injury as a first line of defense.

Even after sourcing these set of neurons, the authors of the study were still in a daze about the pathway responsible for inflicting the pain. This was when Ma and the colleagues deduced yet another active player in the equation.

The team worked to focus on the clustered set of neurons eliciting from the dorsal horn of the spinal cord – Tac1. These neurons are responsible for conducting signals from the brain to the rest of the body. Even though there has been very superficial knowledge about the functions of Tac1, the researchers were intrigued to find the possible connection of the same with the pain induction.

During the study, the researchers assessed the pain response in the mice which has their Tac1 function intact and the other group which had chemically disabled Tac1 neurons.

As for the observations, they found that the mice with the disabled Tac1 neurons had normal withdrawal responses and didn’t inflict any notable differences when the inflicted pain was from pricking and heat exposure. They also found that the mice didn’t engage in any kind of pain coping mechanisms which is predominantly important. This specific act was correlated with the kind of lack of sensation induced in humans who suffer from strokes and tumours in the pain processing centre of the brain.

On the other hand, the mice who had their Tac1 functions intact did indulge in vigorous pain coping mechanisms by licking their paws vigorously when the hot mustard oil made contact with their skin. This was done for a prolonged time by the mice to effectively assuage the pain.

These observations were clear enough to point out that the Tac1 did play a very crucial role when it came to the pain coping mechanisms following a sustained pain or injury. It was also clarified that there is no significant role of the Tac1 in the induction of the reflexive withdrawals.

Ma further elucidated stating that they believe the Tac1 neurons act as the relaying station that helps disperse the pain signals from the tissues via the Trpv1 fibers up to the brain.

If these are combined together, it is believed that there are two distinct lines of defense against the pain induction which are controlled by two different neural signaling pathways. While the primary reflexive response is the body’s first line of defense, the next stage of pain coping mechanism helps in keeping the impacts to a bare minimum.

5 Best Ellipticals Under $500 – A Budget-Friendly Pick!

Top Foods to Keep you Happy

17 Alarming Signs That You Are Suffering From Obsessive Compulsive Disorder

Somapika D - January 31, 2019
0
People all around the globe have this common notion that eating fats is only bad for one’s health. What we fail to...

Know More About Foods High In Lysine, Benefits And Side Effects