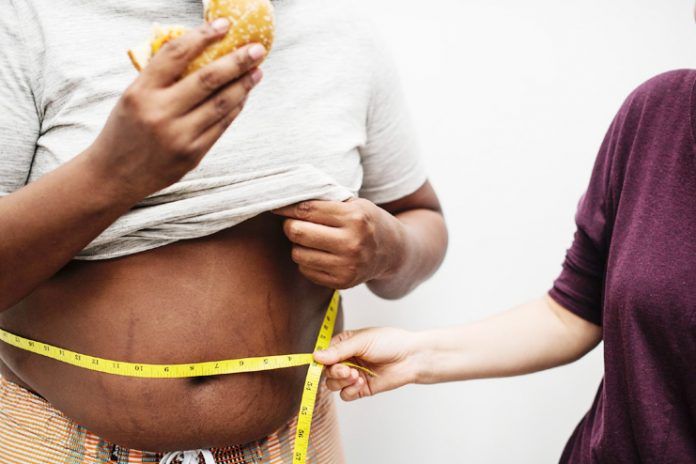 Obesity, constant weight gain and more body fat has always been a risk factor behind cardiovascular diseases. There is no two ways about it because the heightened fat accumulation in the blood stream does have the potential to end up causing blockage which can very well cause further heart diseases that not many are even aware of.

A new study conducted by the researchers from the European Society of Cardiology conducted their first Mendelian randomization study to find that the excess weight as well as body fat is responsible for inflicting an array of cardiovascular diseases inevitably at a longer stretch of time.

The findings of the study were published in the European Heart Journal has indicated that the body mass index along with the fat mass simultaneously increased the risks associated with the aortic stenosis. This is the condition in which the valve controlling the flow of the blood from the aorta to the other parts of the body narrows, making it harder for the smooth flow of the blood across the body.

Under the Mendelian randomization, it becomes easier to trace whether or not the individual associated risk factors are responsible for causing the disease instead of just being associated with the same. This also does include genetic variants which have been found to have associated risks including BMI and body fat as a potential trigger for these factors.

What this does is help the researchers deduce whether the risk factor is the main causative problem behind the condition which does help in reducing the bias in the salient results. This also further helps understand whether the genetic variants are associated with the risks because for the most part, they aren’t the ones affected by the external environmental factors or even with the development of the disease.

Susanna Larsson, associate professor and senior researcher at the Karolinska Institute, Stockholm, Sweden, who is also the lead author of the study, scurried through 96 genetic variants which are associated with the BMI as well as the body mass fat to deduce their impacts on 14 of the major cardiovascular diseases which has been found to affect over 367,703 participants aged between 40-69 years.

According to the findings, Larsson further claimed that they are still not sure about the causal connection between the BMI and fat mass with the heightened risk factors of several of the heart as well as blood vessel diseases. Using the Mendelian randomization, the researchers were able to pinpoint the fact that the excess body fat is the pivotal reason behind the condition of the several cardiovascular diseases.

Additionally, the people suffering from genetic variants which were found to predict the higher BMI were found to have heightened risks associated with the aortic valve stenosis, heart failure as well as other cardiovascular issues like high blood pressure and the coronary artery disease etc.

They also found that the associated risks with the cardiovascular diseases further increased with the increase in the genetic variants which predicted the increase in the fat mass. The researchers also stressed on the fact that even though the overall predisposition of these risks do contribute to the prospect of gaining weight, it is predominantly our nutrition and lifestyle that further contributes to this condition even more so.

Professor Larsson enlightened everyone on this topic suggesting that even though our genes do have the capability of predisposing our body to gain weight, it is the lifestyle factors like overeating and a sedentary lifestyle which has been found to have contributing factors to the prospect of weight gain.

The primary strength of the study is the fact that it is based around a number of successful impacts on the fact that quite a huge number of participants were involved in the study and all of them were European descent. This helped reduced the potential bias altogether.

Some of the potential limitations that the studies did experience include the prospect of the genetic variants and the extremities surrounding the same. There remains the limitation that the number of cases associated with the condition is few. There could very well be more than just one influencing factor behind the condition or the disease in question. There are still lack of information in some prospects, thus causing a furthermore issues altogether.

There could very well be a number of consequences owing to the heightened risks of the cardiovascular diseases especially that of the aortic heart stenosis. The accumulation of the blood in certain parts of the supply can end up further causing overall issues altogether. This is the primary reason why it is best suggested to lead an active lifestyle to prevent the unnecessary risks associated with these diseases altogether.

Dumbbell Flyes – Workout of the day

Did You Know That Diet Plays A Key Role In Anemia?

23 Incredible Benefits of Black Pepper for Skin, Hair and Overall...

Somapika D - August 25, 2018
0
Black pepper corns. Just the mere mention of this spice takes you back to the delectable pasta that you had, doesn't it? Or even...

14 Foods to Avoid With Diabetes For A Healthier Life

12 Best Recumbent Exercise Bike – Know Which One You Need!

How To Start A Weight Loss Journey? 12 Ways To Choose...

How To Cure Jaundice: Effective Treatment